Angus Farquhar, the Creative Director of public arts organisation NVA approached the Labs to assist with a live performance piece for his new company Aproxima. Developing a new outdoor theatre piece for Cornwall’s Wildworks company, in partnership with the National Theatre of Scotland, Angus’ new work looked to combine live percussion with digital triggers of light and video.

Playing a large wooden Marimba alongside percussionist Cameron Sinclair, Angus wanted to position this within a set design that incorporated nature via an sculptural array of tree sections against which light and video could be mapped. Our challenge was to capture the sound of the marimba and transform it into digital signals that can be used with light control systems and video mapping software in realtime

The instrument itself has quite an interesting vibe and a bit of a story to it to begin with. It was custom designed and made from rough bits of recycled wood kept together with some screws, rubber tubing and hinges. It can be disassembled and packed into a couple of IKEA bags with the ”keys” and two flat planks that make up the stand. During the rehearsals Angus and Cameron used absolutely anything resembling a drum stick – from a professional sticks to bits of sawed off broom sticks… whatever would give the desired sound was fair game! And every time they played there was a pile of splinters left from the sticks that didn’t survive the night.

After watching them play it, we chatted about what kind of signals would interest them. Our immediate idea was to essentially capture ON/OFF states (BEING HIT/NOT BEING HIT), but that wasn’t as easy as putting a button on each key. An especially challenging part of this challenge was that Angus played both light, hard, slow and fast rhythms, and that’s a very broad spectrum to look out for when designing a prototype I/O system like that. Each key had to have a separate signal with some sort of “intensity” data alongside it.

So, the next step was to setup an Arduino, get some cables and sensors and try them out.

Shake sensors were the final choice for now – they’re cheap, replaceable, easy to setup and almost good enough. At this point we realised we’ll need 20 separate inputs, which, lucky enough, was the absolute maximum the board we had could handle. We’ve combined 13 digital and 7 analogue inputs, transforming the analogue data into 0-1 signal, since the shake sensors were only able to be on or off.

Since the sensor signal was very limiting, we needed to process the data captured to “enrich” it. It’s actually amazing what kind of signals can be achieved with an on/off digital sensor and a whole lot of assumptions, predictions and artificial signal modulation.

We programmed the direct raw input into 5 different processed signals, each with a raw and smoothed output, so 10 in total:

Add MIDI output to all of that and the software was ready for rehearsals. We brought it to the home of the National Theatre of Scotland, Rockvilla, where we worked with their lighting technicians on plugging what we’ve got so far to the light control system – successfully!

With all that done, the Marimba is now covered in wires and sensors (which can still be fairly safely transported from place to place), has a detachable Arduino wired to all of the necessary bits and has a single USB cable coming out of it. All of the data is then processed by a Processing sketch, which then sends MIDI signal to wherever it needs to go. Half prototype, half performance ready, it’s still open for modifications and each part of it can be replaced and upgraded. At the same time it was possible to use it for rehearsals at the NTS’ Rockvilla, successfully interfacing between the marimba and the light system.

Next steps are a further funded stage of development with National Theatre alongside planned recordings and live performances with Optimo’s JD Twitch where we hope to extend the triggered functions to graphic video sequences. 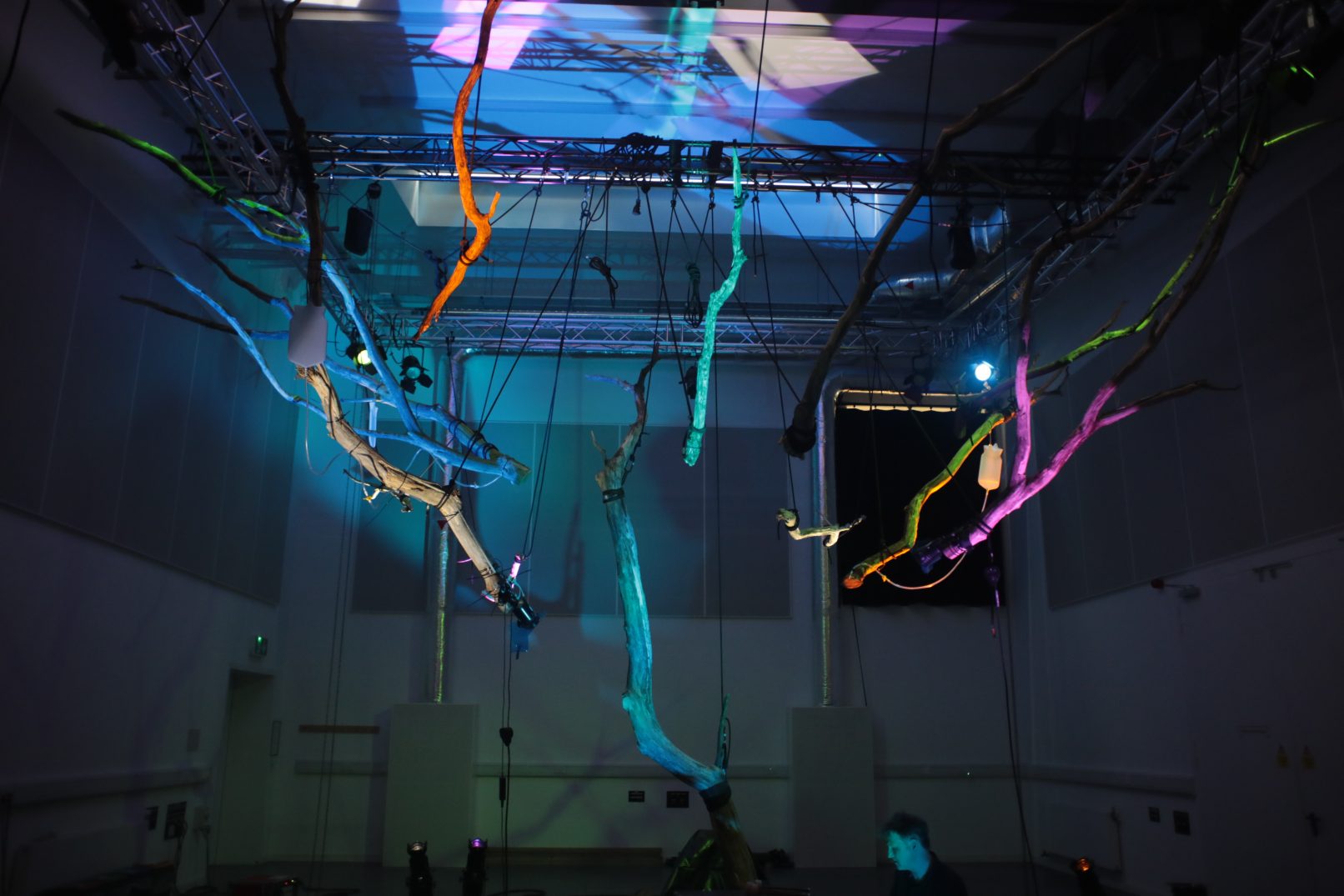 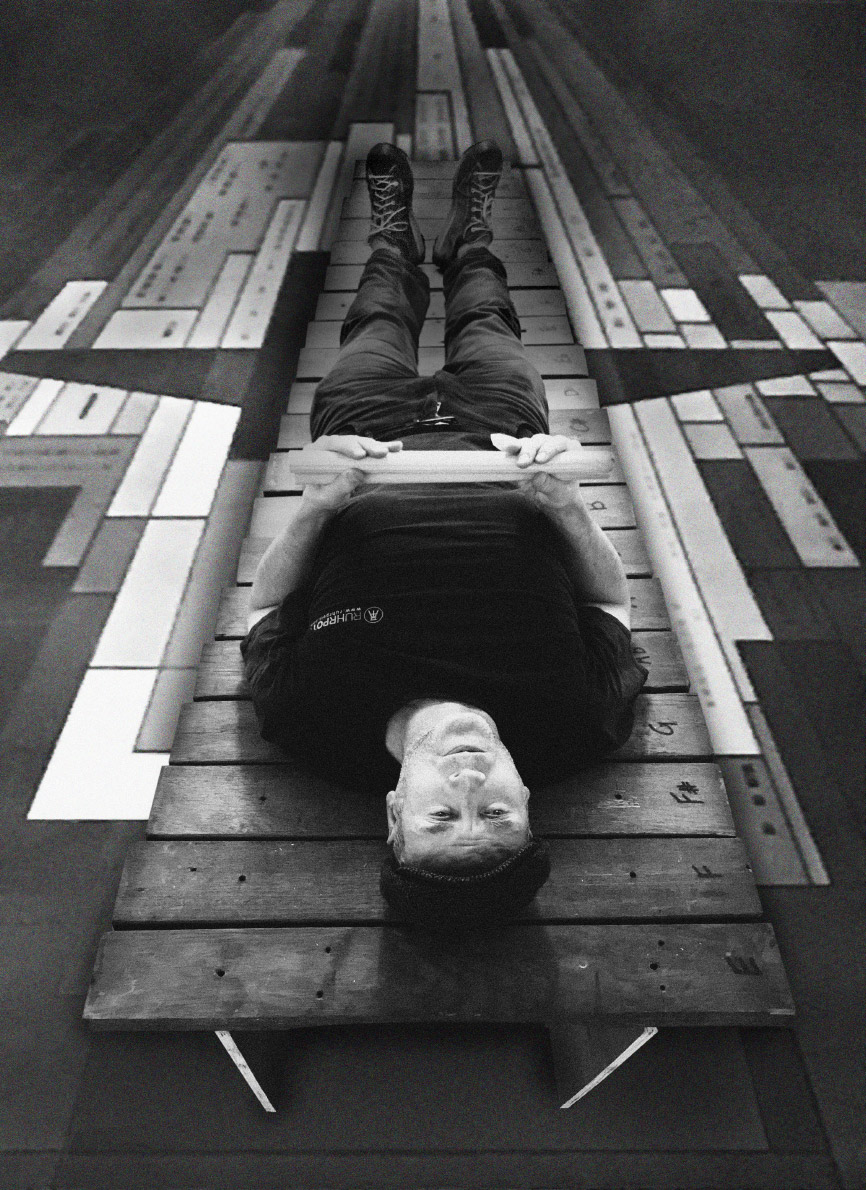 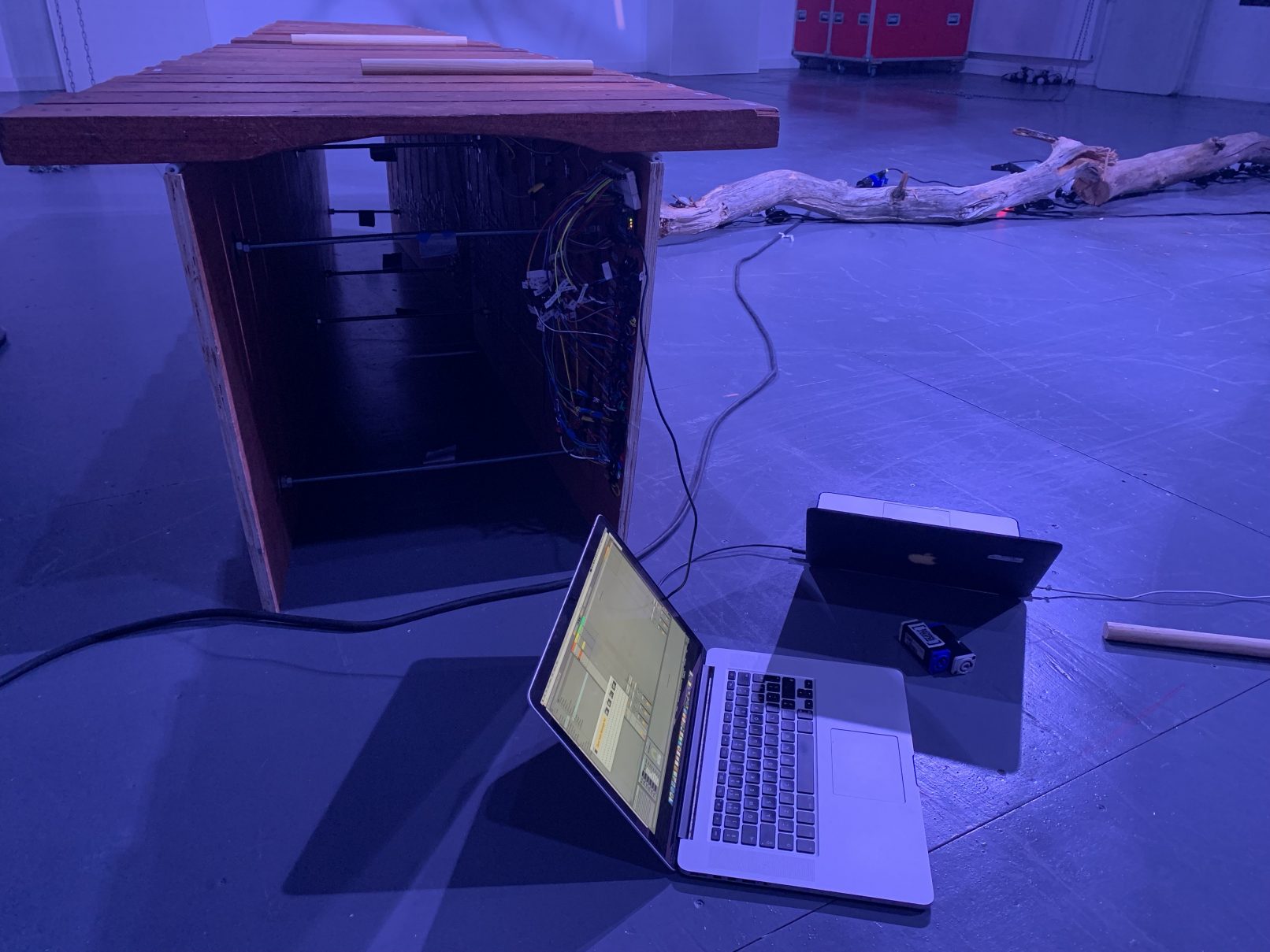 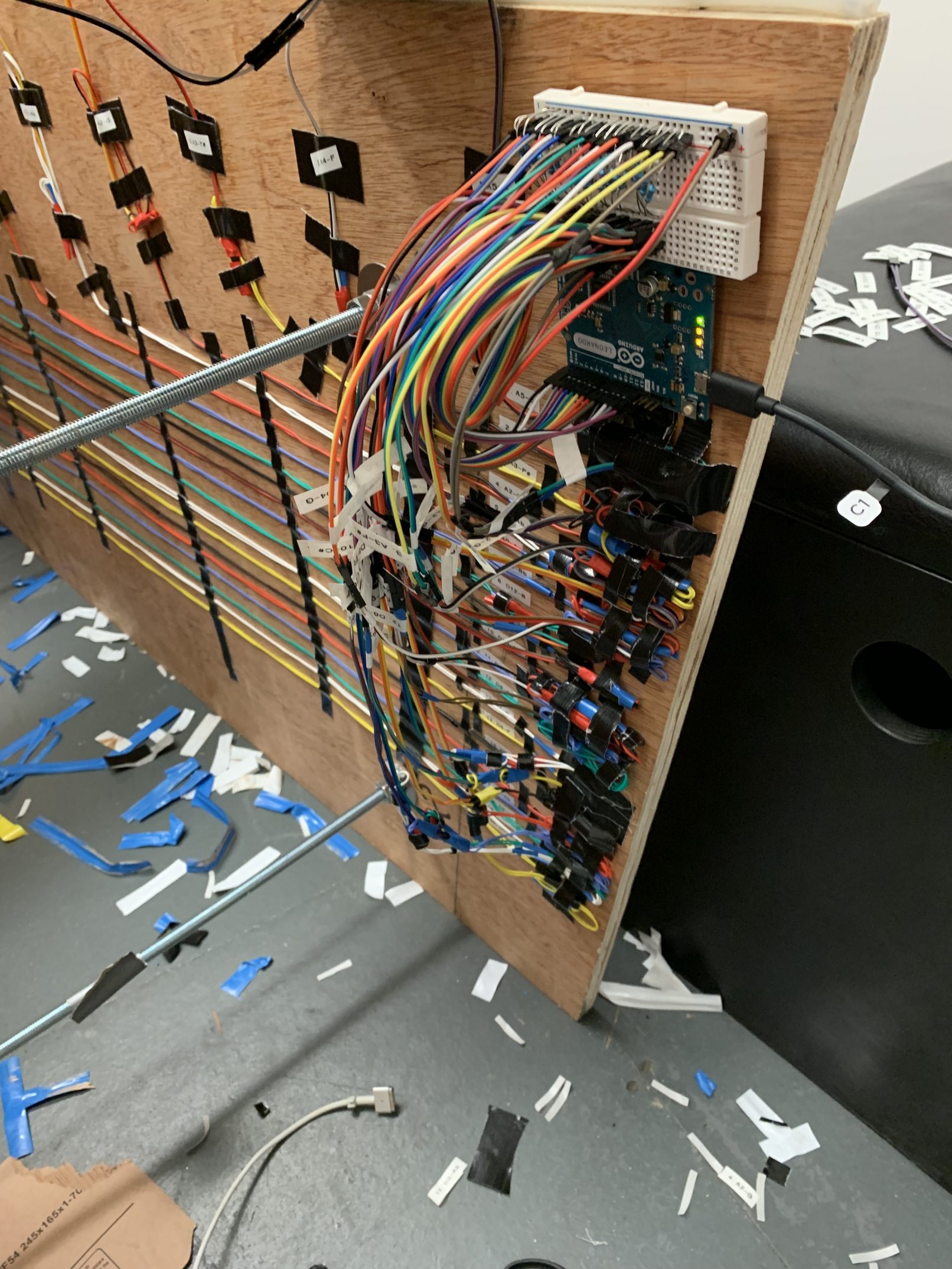