The Glasgow School of Art

In developing a creative partnership with the School of Simulation and Visualisation at Glasgow School of Art we wanted to collaborate on a project that responded to the terrible fire of 2014 that severely damaged the Mackintosh School at GSA.

We submitted to the AHRC’s Audience of the Future competition call and were awarded funding to develop an immersive experience. What we initially thought would be a simple research exploration in VR grew to become an immersive VR documentary, AR app, a series of 3D casts and the pilot for a new virtual learning platform.

The project grew out of a talk we attended with conservationists that showed the forensic level of detail that was undertaken in preserving, protecting or reimaging works of art and the architecture damaged in the fire.

As the Mackintosh was a secured site under renovation we could get access to the interiors or objects being stored safely within the building. We had one core asset a high resolution 3D lidar scan taken just days after the fire where the surviving plaster casts from the schools renowned collection were being stored. These 3D models allowed us to focus in on a copy of one of the most famous sculptures The Laocoon.

We initially investigated modes of immersion that can only be experienced within Virtual Reality including stepping into dynamic 1:1 scale environments, using gaze as a means of triggering interaction, spatial navigation dependent on your position in the room and the ability to step between dramatically different spaces via digital portals.

As a narrative developed we told the history of the cast, the original marble master in the Vatican and an earlier bronze model now lost ; we accessed the artschools amazing archives and used innovative UX models to layer in these historic images and contemporary film. A great deal of time was invested in how to optimise what are often very heavy datasets to run smoothly in a head mounted display. We also identified some of the limitations of VR in terms of delivering denser more detailed information and in response to this started work on an accompanying AR app.

Areas we explored that we then decided to reject included using controllers and incorporating leap motion to track users hands as it felt at odds with the tone of the emerging experience and reinforced our opinions about making sure technology doesn’t get in the way of an experience just because it can!.

Having access to the original lidar scan of Laocoon did also give us an opportunity to reveal him as a physical object once more when we output 3D printed scale versions from which we then got as analogue as you can by creating moulds and producing a series of plaster and jesmonite casts, including versions with iron filings that now rust and soot from the original fire that exist now as poignant momento mori of the original traumatic events

The VR and AR apps have been exhibited widely over the last year at over a dozen events where issues of authenticity, digital replicas, digital heritage and immersive storytelling have been reviewed.

One of the items that tested strongly during user workshops was the desire of many users to spend longer in a freeform experience with in the virtual conservation rooms we created. This led to the concept of ‘Studio 39’ which has received follow on funding from AHRC to develop a virtual reality learning environment where school children can explore 3D scans and models and release the underlying stories of historic artifacts.

Sadly the second fire of Summer 2017 in the Mackintosh School has meant the restored Laocoon original is now feared lost forever. However Digital Laocoon lives on and offers us a vision of a possible future of eternal life via the digital replica. 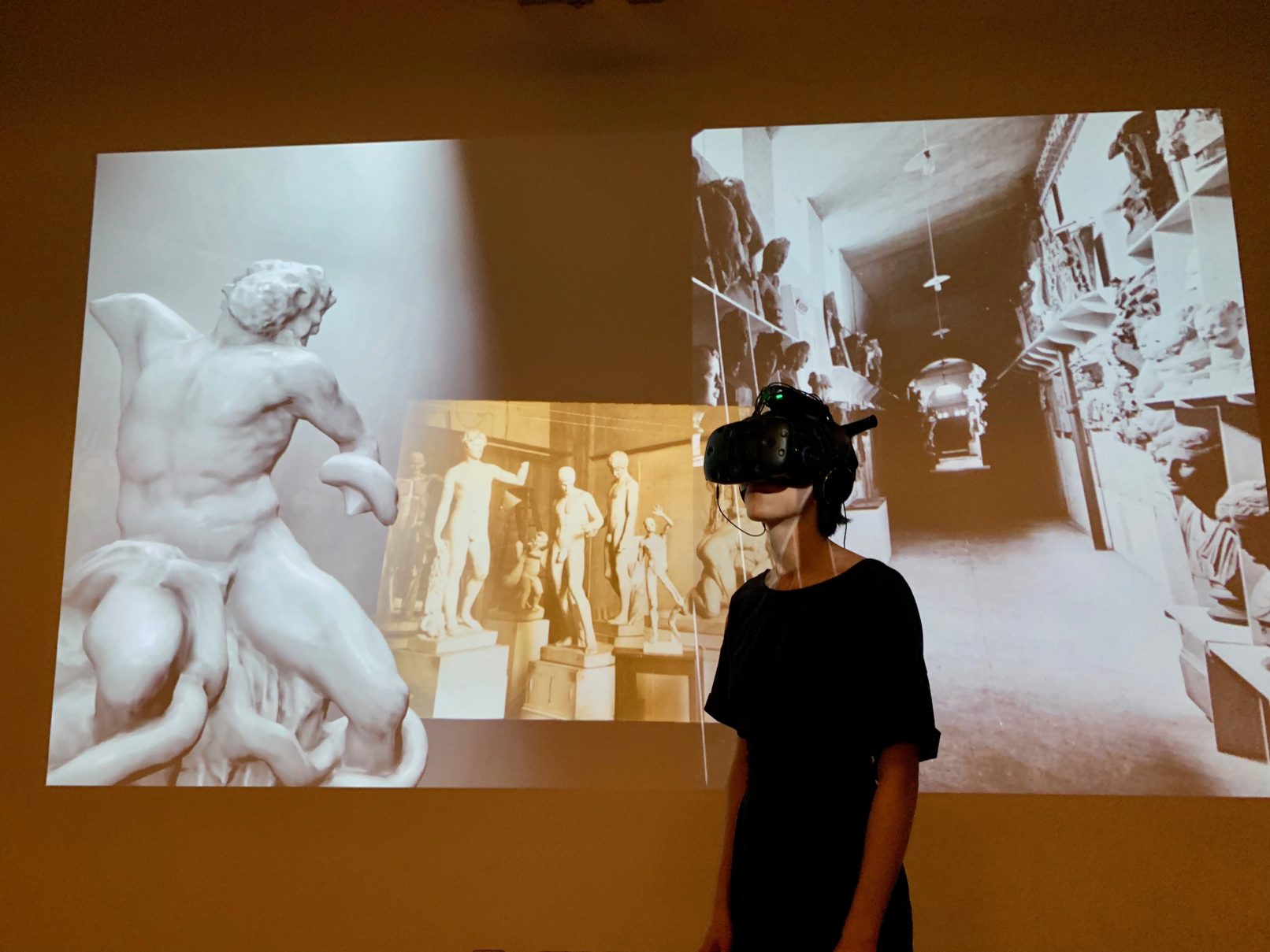 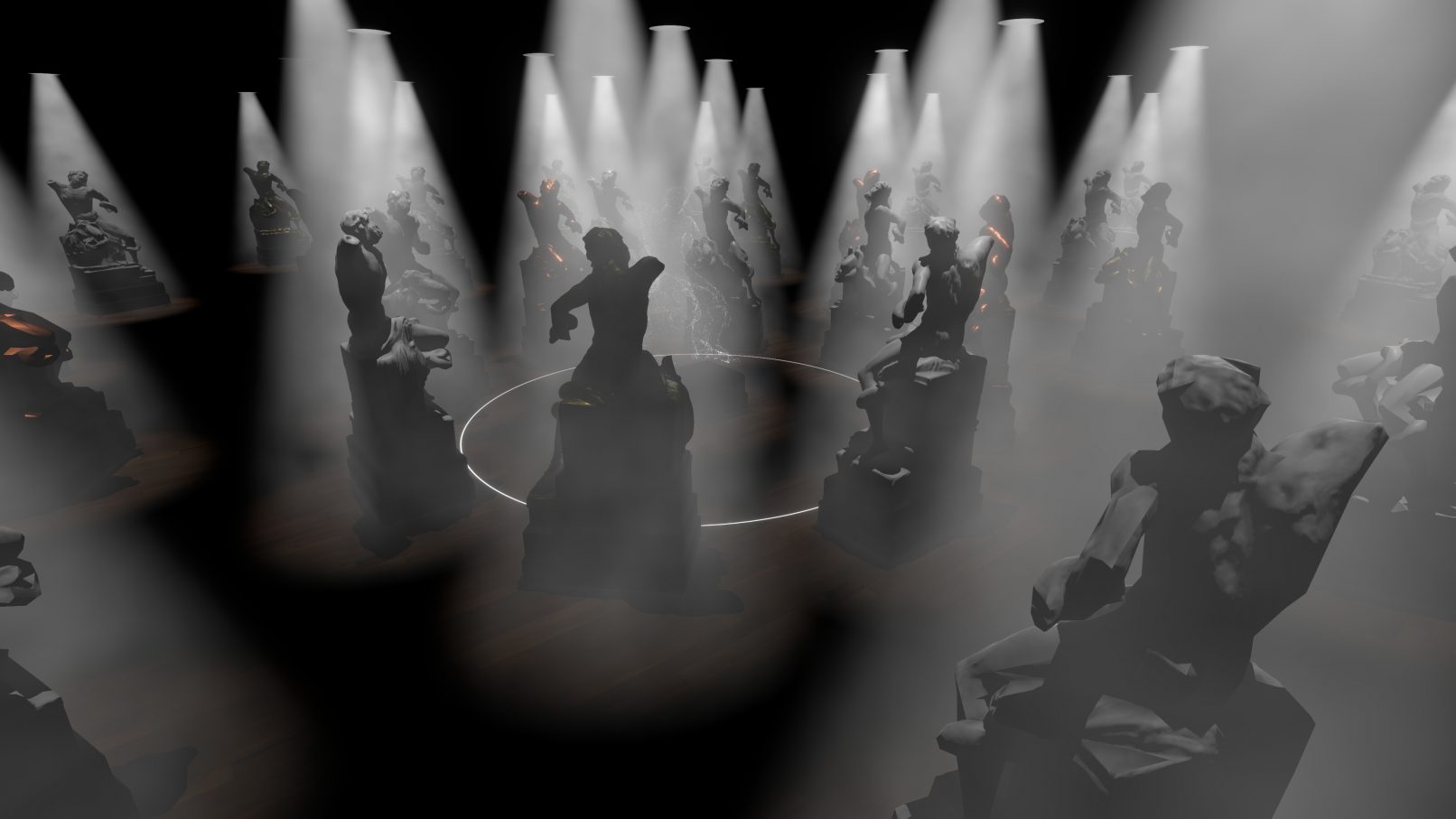 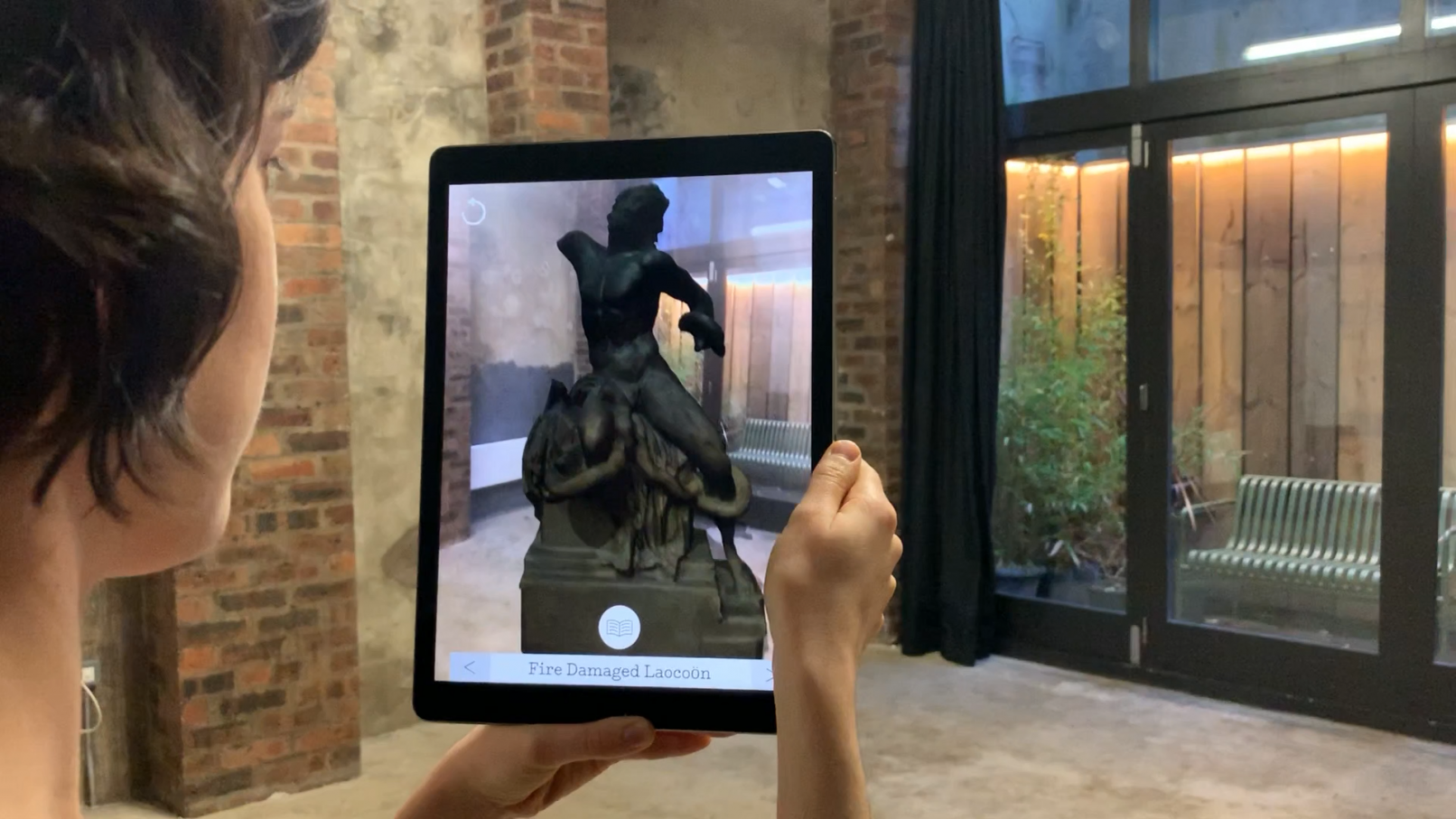 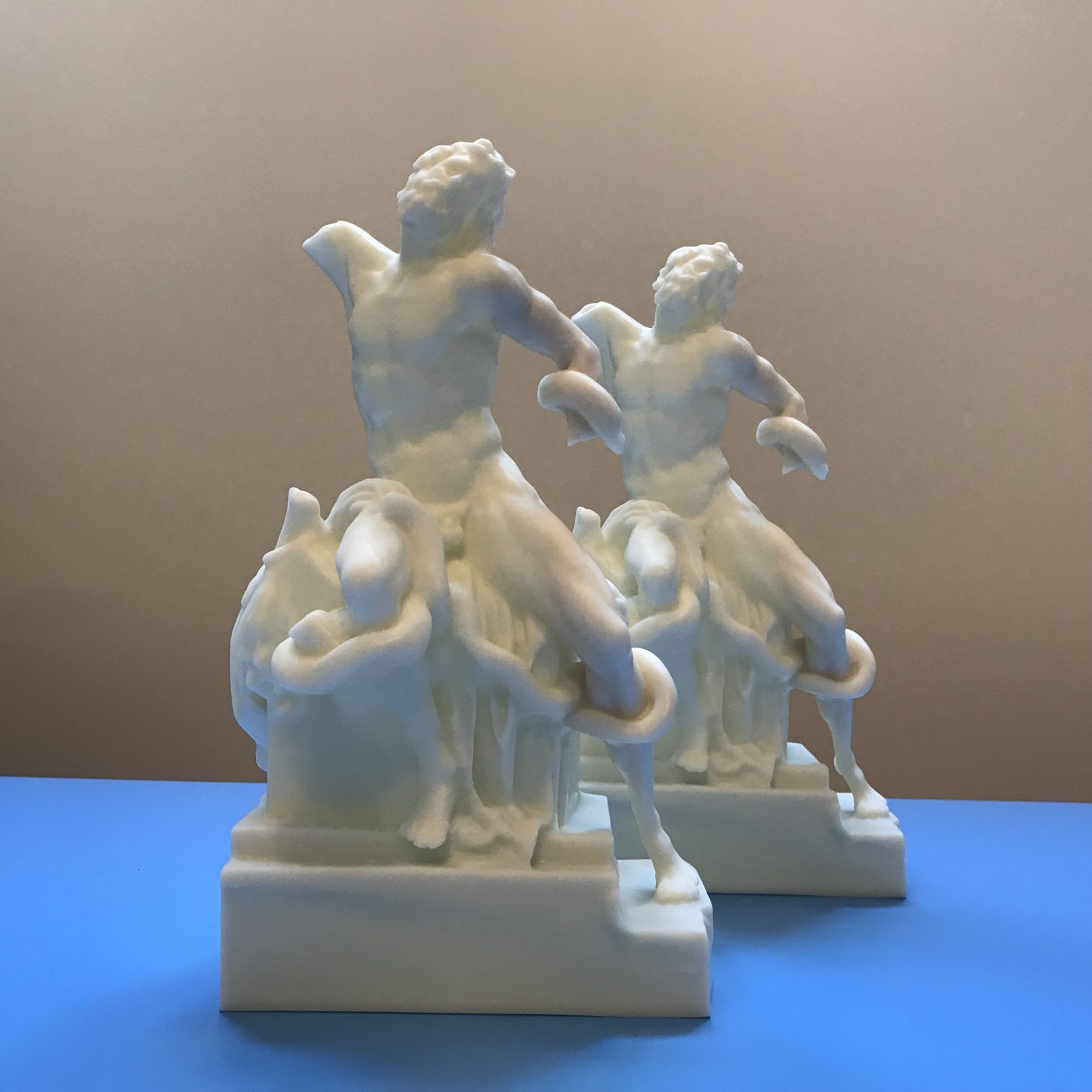