This exploratory project grew out of conversations with our friends at the National Trust for Scotland on how to best integrate digital experiences in some of their best-known historic sites. With a number of venues in mind (Georgian House and Gladstone’s Land in Edinburgh, Hill House in Helensburgh, Brodick Castle on the Isle of Arran), we discussed various approaches including video mapping, sound installations and augmented reality.

We were particularly keen to explore the latter for souvenirs, allowing visitors to take home a digital version of their experience. With postcards being one of the bestsellers at museum gift shops all over the world, we thought they’d make the perfect augmented memento: cheap, accessible and transportable. Hence, we proposed a set of AR postcards on Charles Rennie Mackintosh’s masterpiece Hill House.

Using a different approach with each postcard, our set tells the story of Hill House four different ways:

The first card focuses on NTS’s conservation project “The Box”, the protective steel frame and mesh structure built around Hill House to protect it from dissolving like an aspirin in a glass of water. When viewing the 2D floorplan a 3D model of Hill House, complete with Box and animated rain, pops up in the app. Moving the device closer to the virtual building enables users to cut through walls and explore the interiors.

The second card shows one of Margaret Macdonald Mackintosh’s iconic wall panel designs. Often overlooked, Macdonald was just as important in shaping the building’s furniture and textiles as her architect husband. Our augmented content breathes life into the still image by humorously animating elements of the original design.

It was Children’s literature publisher Walter Blackie who originally commissioned Hill House, and the Blackie family called it their home for many years. This inspired the third postcard idea, an interactive virtual book. Pointing their device at the card, users can explore the story of “The Princess and the Goblin” as narrated by a child while swiping through the pages.

Finally, card number four shows a map of Helensburgh and its surroundings. In it’s augmented state, the postcard reveals other venues managed by the National Trust for Scotland. Incorporating photos and videos, users learn about what other attractions they could visit on their day out.

The technical approach we chose for this project was target-based augmented reality with Vuforia: The Vuforia SDK allowed us to develop platform-independent, as apps could be exported for both iOS and Android. We learned that Vuforia is not as demanding on hardware as other frameworks (ARKit, ARCore) and supports a greater number of devices. Vuforia was already integrated into newer Unity releases. However, sometimes the built-in version did not have all the features that we needed and we had to develop a bespoke version for our needs.

One of the challenges was generating target images with a good visual features to ensure stable tracking. In many cases our original designs were too low in contrast or did not have distinct enough shapes. We used the rating system on the Vuforia developer portal as a guideline.

Another challenge we encountered was retention of tracking when the image target moved out of the device’s field of view. This happened a lot where the augmented content was much larger than the image and users moved the device a lot while exploring. To improve this issue, we changed the code of the Tracking Event Handler to change the default behaviour when target was lost.

After completing postcard set and functional app prototype, we went back to NTS to show them our ideas. But with the construction of “The Box” coming up, there were no resources for developing digital interpretation at that time. Nevertheless, we gained a lot of learnings from that project and have plans to further develop AR cards in the near future. 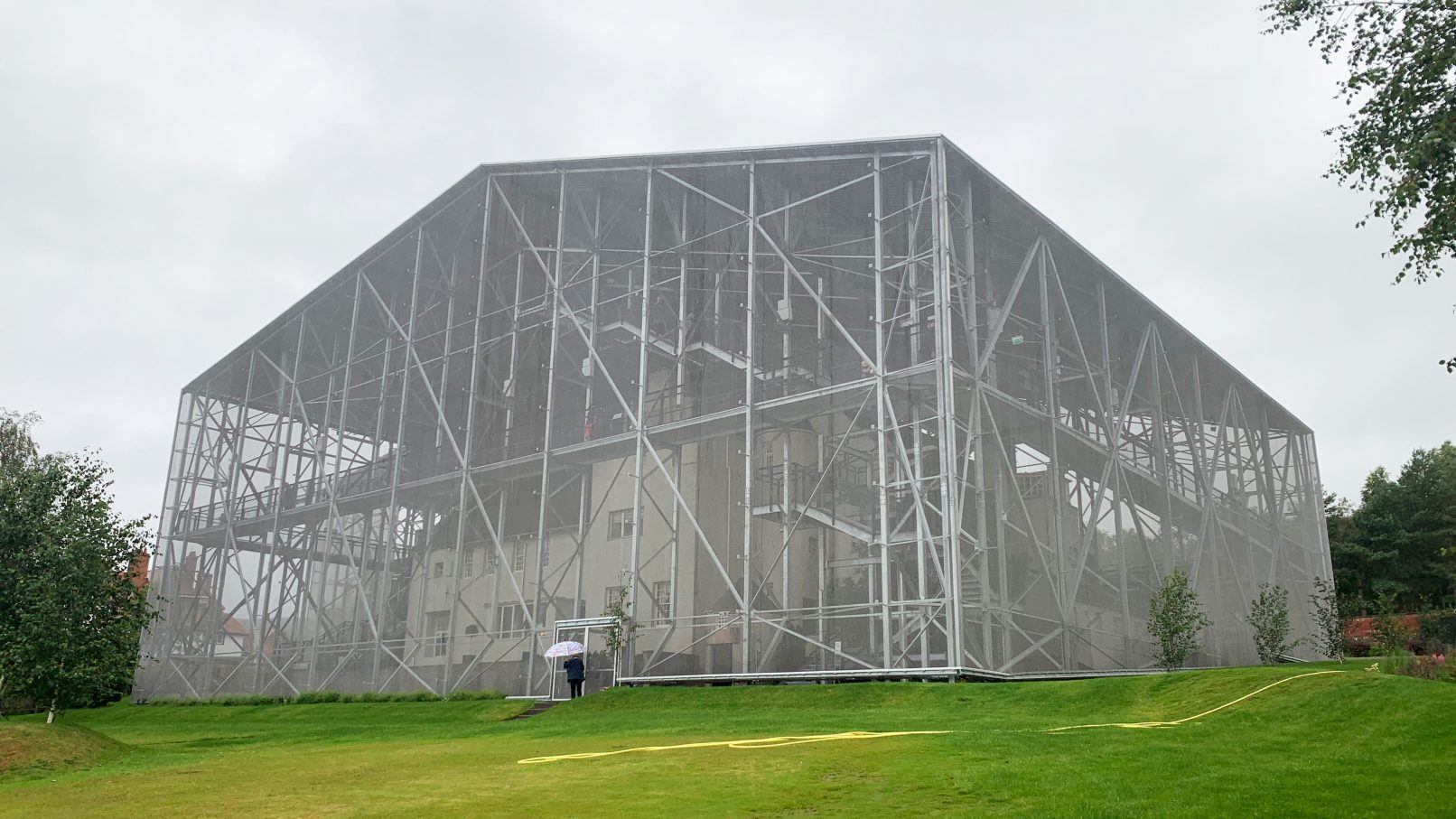 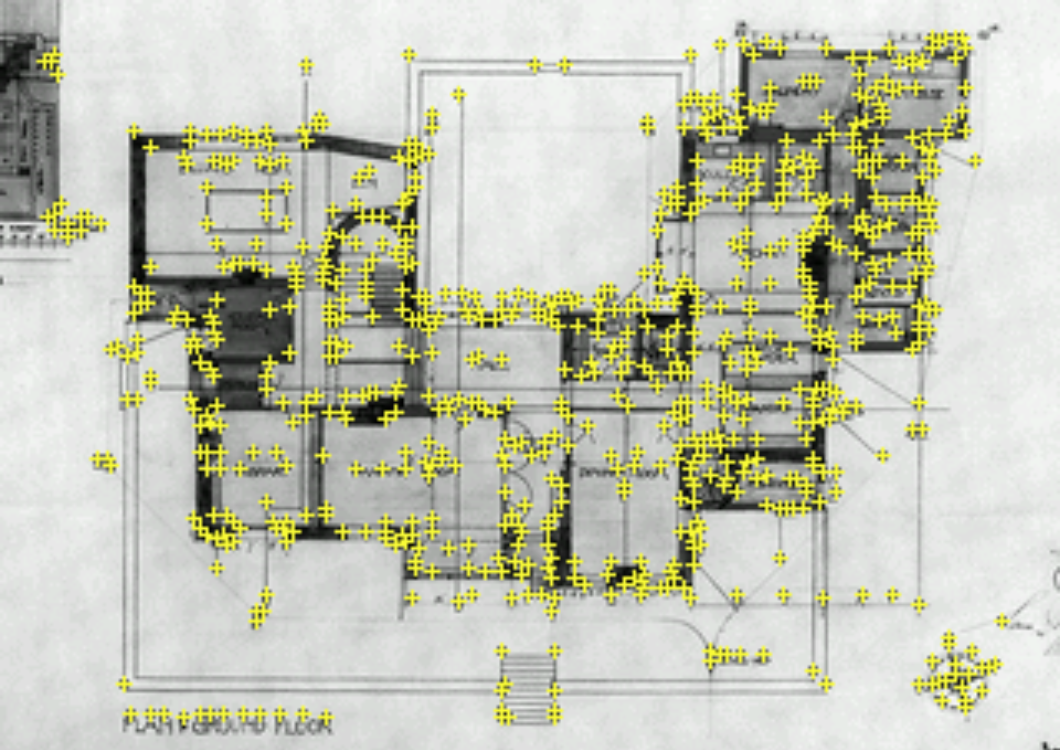 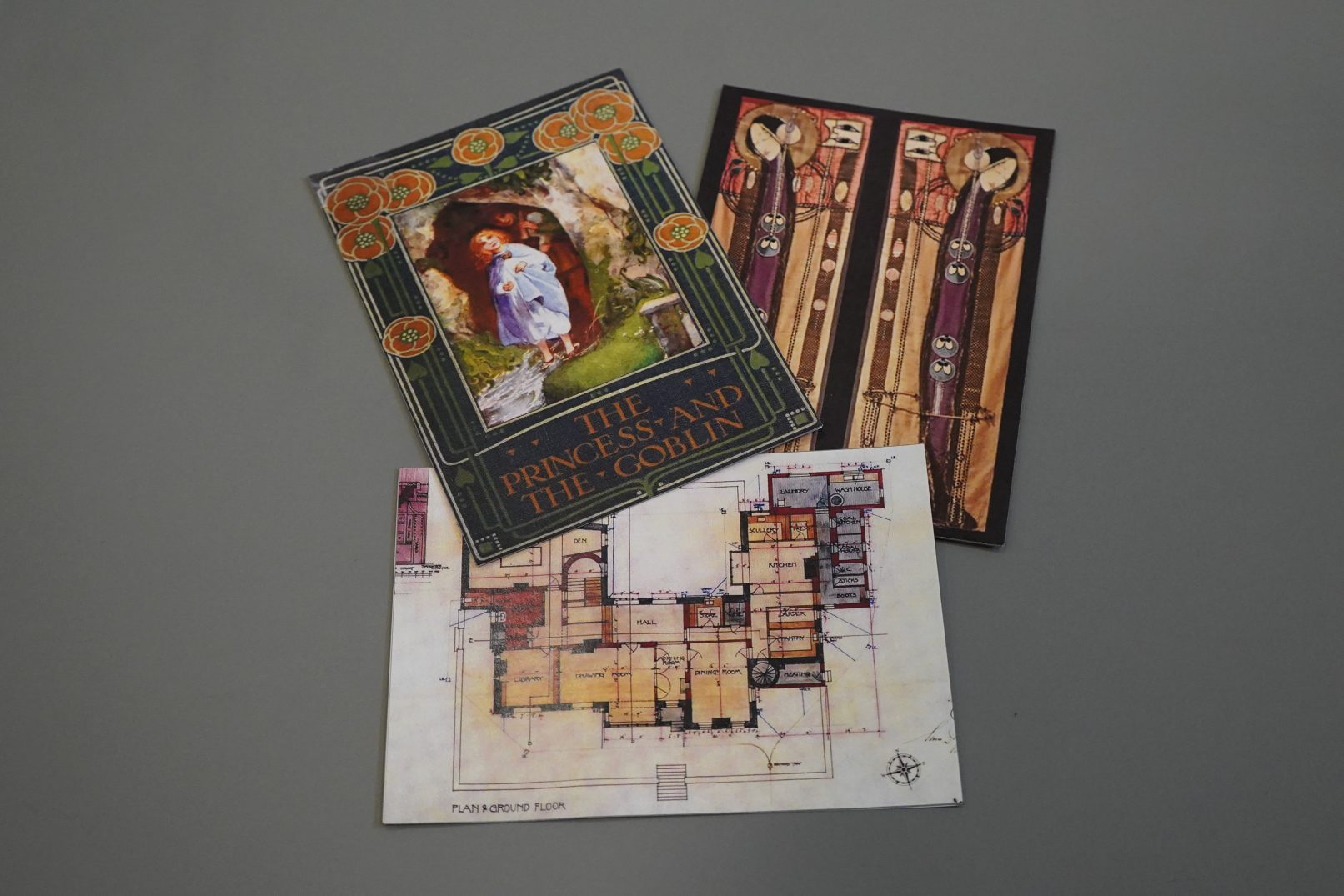 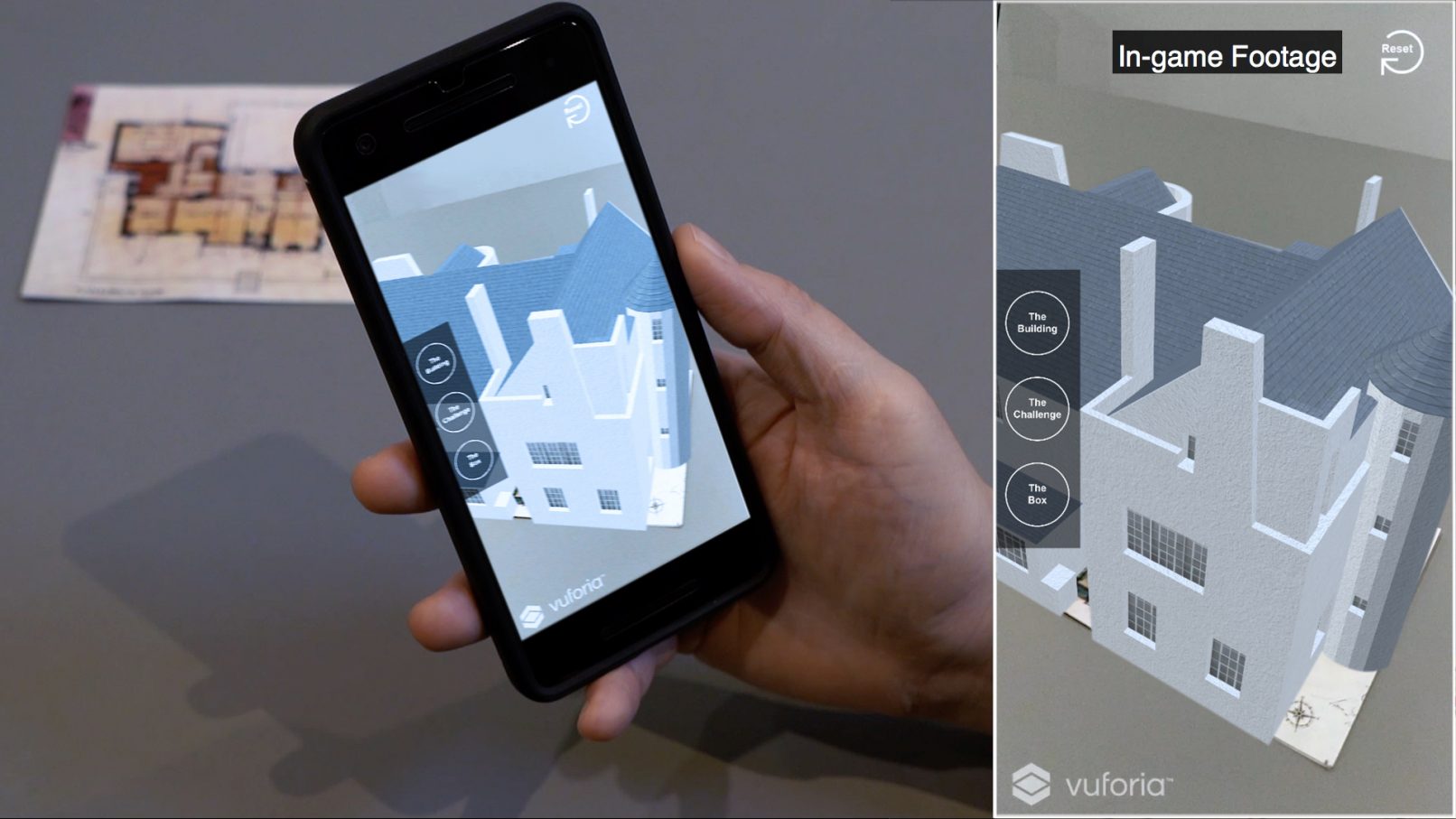 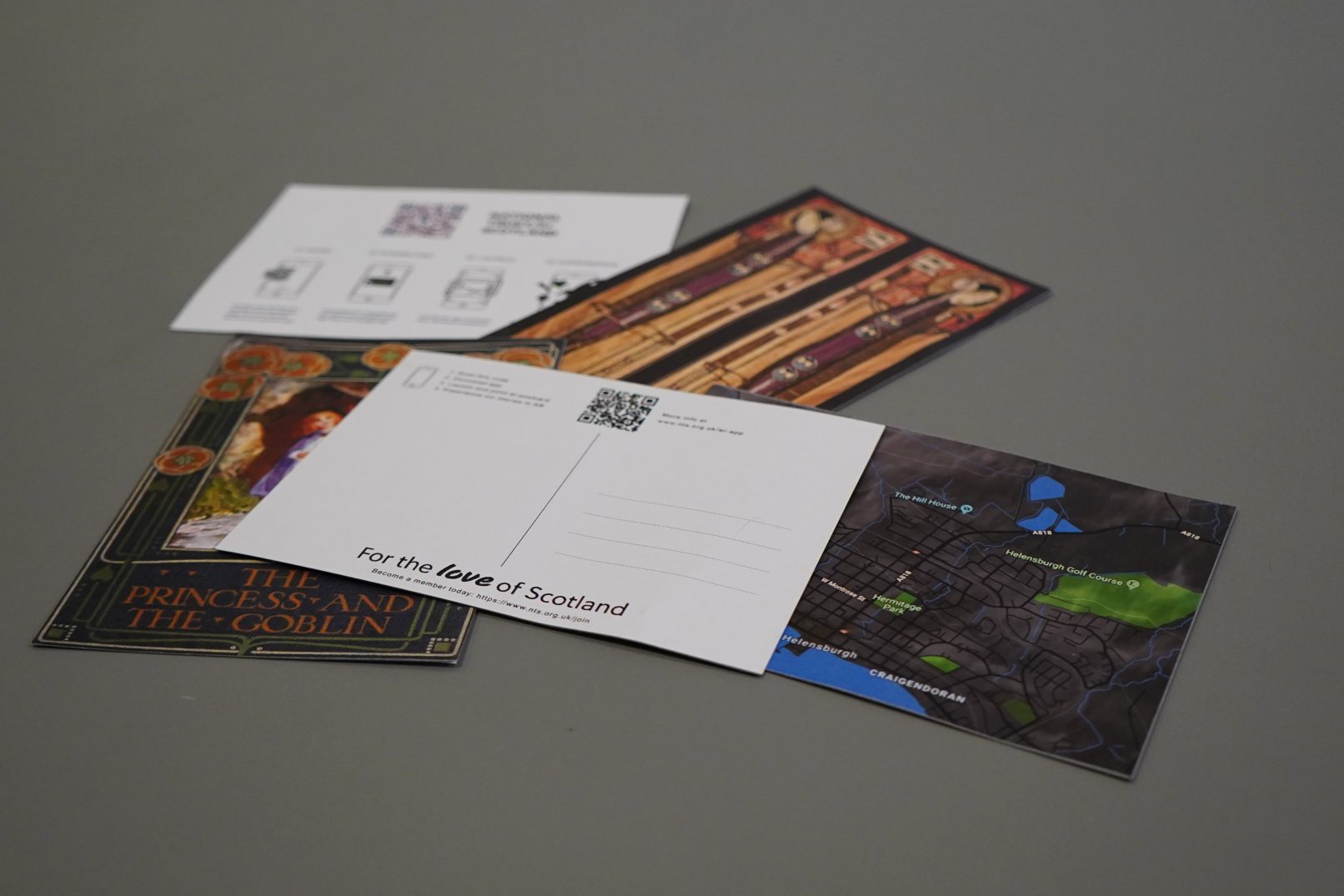